‘A wonder to behold’: Cardinal Wuerl blesses dome at Basilica of the National Shrine 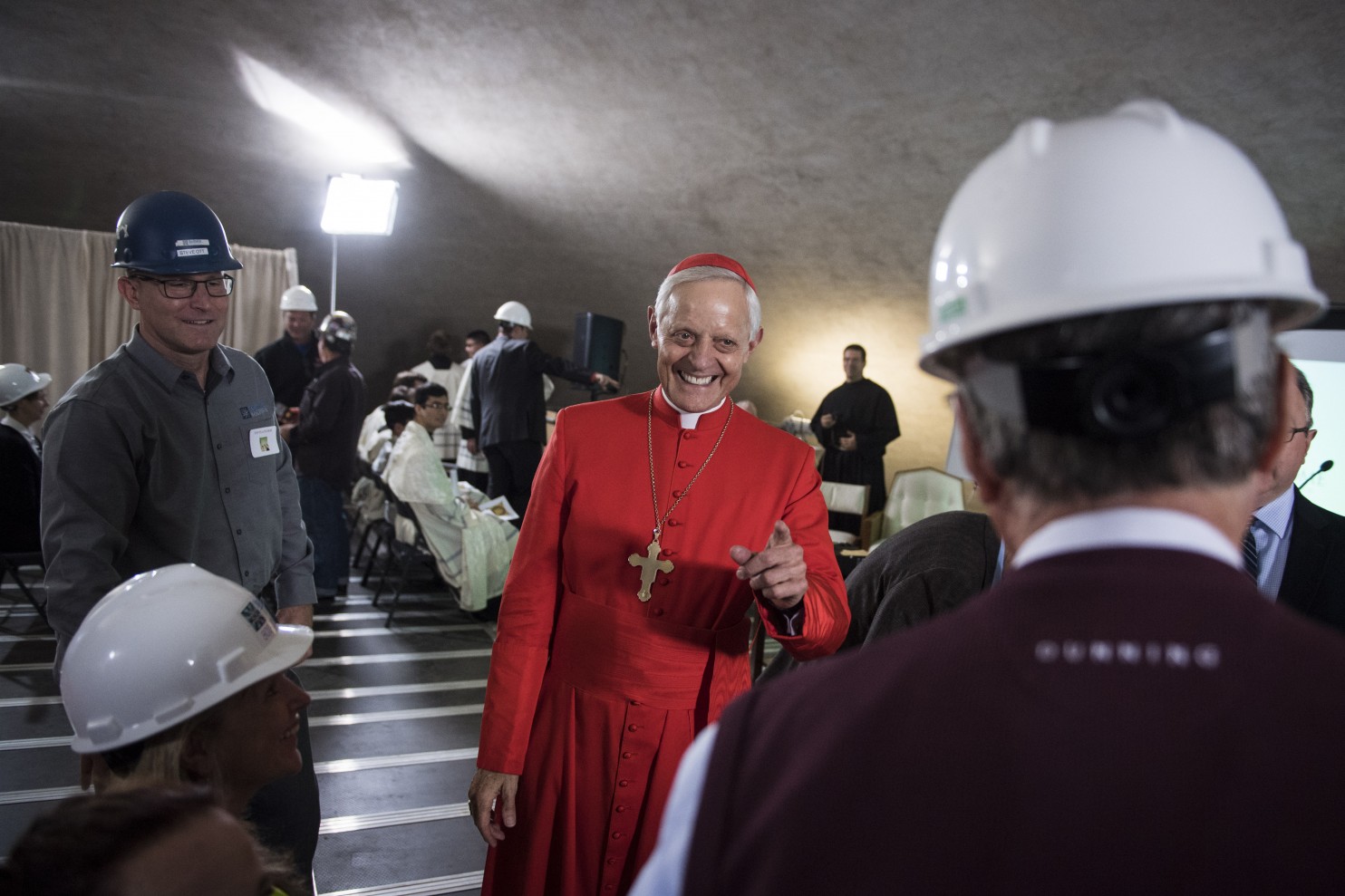 Cardinal Donald W. Wuerl,archbishop of Washington, greets workers before a blessing of the Trinity Dome at the Basilica of the National Shrine of the Immaculate Conception. (Jabin Botsford/The Washington Post)

It was a holy moment at high altitude. With his miter nearly brushing the 159-foot ceiling, Cardinal Donald W. Wuerl stood atop 620,000 pounds of steel and scaffolding Friday morning to bless the dome of the Basilica of the National Shrine of the Immaculate Conception. “If we were to have a hymn to open this entire celebration, I think it would be ‘Nearer, My God, to Thee,’ ” joked Wuerl, the archbishop of Washington. “This is about as close as we are going to get physically to that experience.”

The unusual ceremony marked not only the completion of the scaffolding on which Wuerl stood but also the beginning of the end of 100 years of construction on the country’s largest Catholic church, where Pope Francis canonized a Spanish missionary last year. The plain gray plaster walls of the dome, which the cardinal splashed with holy water, are the last item on a century-old checklist.