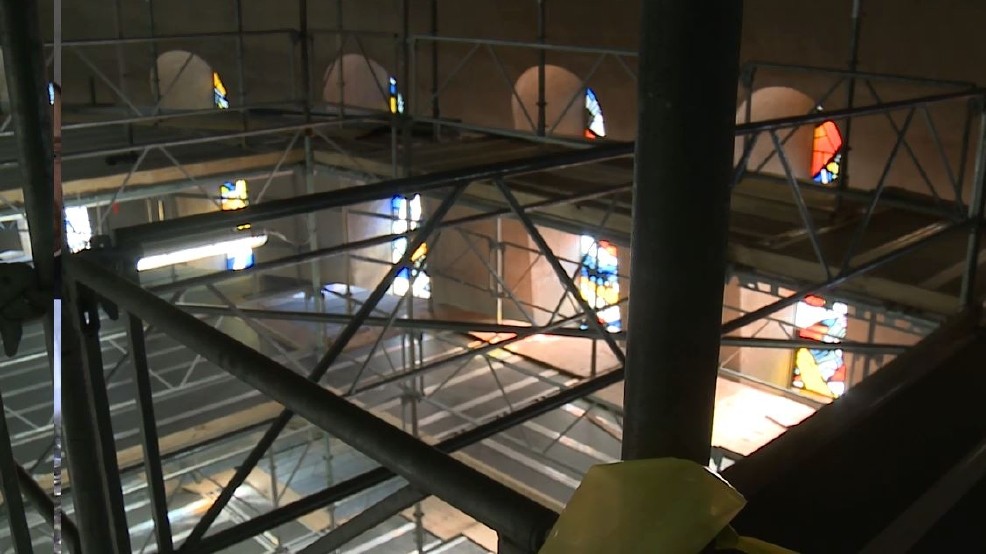 WASHINGTON (ABC7) — Nearly a century after its groundbreaking, the Basilica of the National Shrine of the Immaculate Conception will soon be complete. This winter, a team of artists will begin installing the basilica’s final artwork in its central and largest dome.

Archbishop of Washington Cardinal Donald Wuerl said he felt closer to God, 160-feet above the floor of the basilica, blessing construction workers and the scaffolding they spent five weeks building. The structure’s designer Roger Jetton said, “Scaffolding is designed in rectangles and squares and so to engineer and adapt that within eight inches of the dome structure is an engineering marvel.” At the top of the scaffolding, they’ve created an elevated studio. In January, the group of 35 artists will start piecing together the intricate Byzantine mosaic.

The mosaic will cover the Trinity Dome with venetian glass and gold, matching the rest of the basilica. General contractor Brett Rugo said, “Each piece has a number just like a jigsaw puzzle.” The artists will use the original 1953 design, but because this is the most prominent Catholic church in the U.S. they’ve added 13 American saints to the dome’s rim. The basilica’s rector, Monsignor Walter Rossi, said, “We’ve also included saints that actually visited the shrine, like Mother Teresa of Calcutta, St. John Paul II.”