New dome at national shrine will be ‘wonder to behold,’ says cardinal 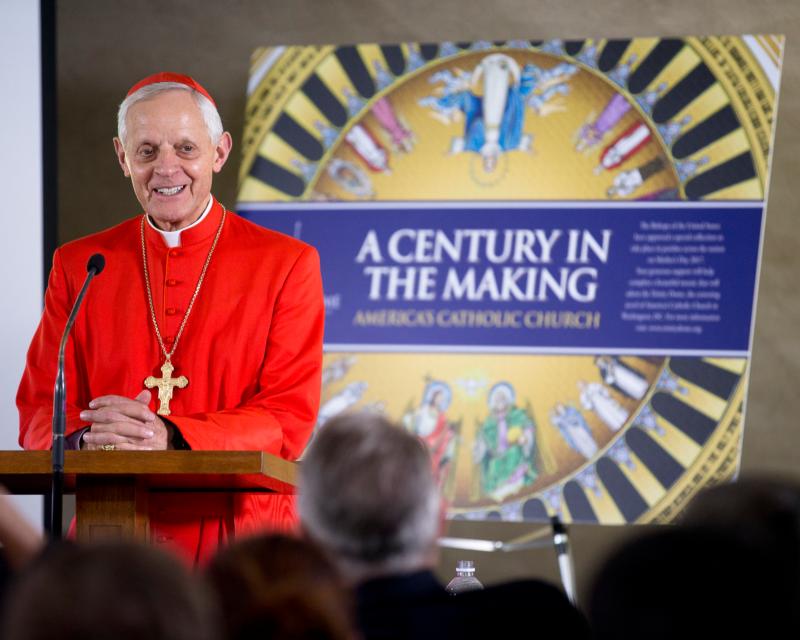 Cardinal Donald W. Wuerl of Washington addresses media and workers at the Basilica of the National Shrine of the Immaculate Conception prior Oct. 28 before blessing the shrine's Trinity Dome and the workers. A mosaic project to complete the dome is scheduled to be finished in December 2017. (CNS photo/Tyler Orsburn)

WASHINGTON (CNS) — Builders, church leaders, choir members and journalists gathered atop eight floors of scaffolding — 159 feet high — in the Basilica of the National Shrine of the Immaculate Conception on Oct. 28, 2016 for the blessing of the workspace where a new mosaic will be installed on the shrine’s Trinity Dome.

“It will be a wonder to behold,” said Washington Cardinal Donald W. Wuerl of the dome, which is expected to be completed by the end of next year. The mosaic will depict the Trinity, Mary and 13 saints associated with the United States or the national shrine, the four evangelists and words from the Nicene Creed. The finished dome also will mark the completion of the national shrine, according to the original architectural plans for the church set to mark its centennial in 2020 — the 100th anniversary of the placement of its foundational stone.