Behind the Mosaic: A Time-Honored Tradition 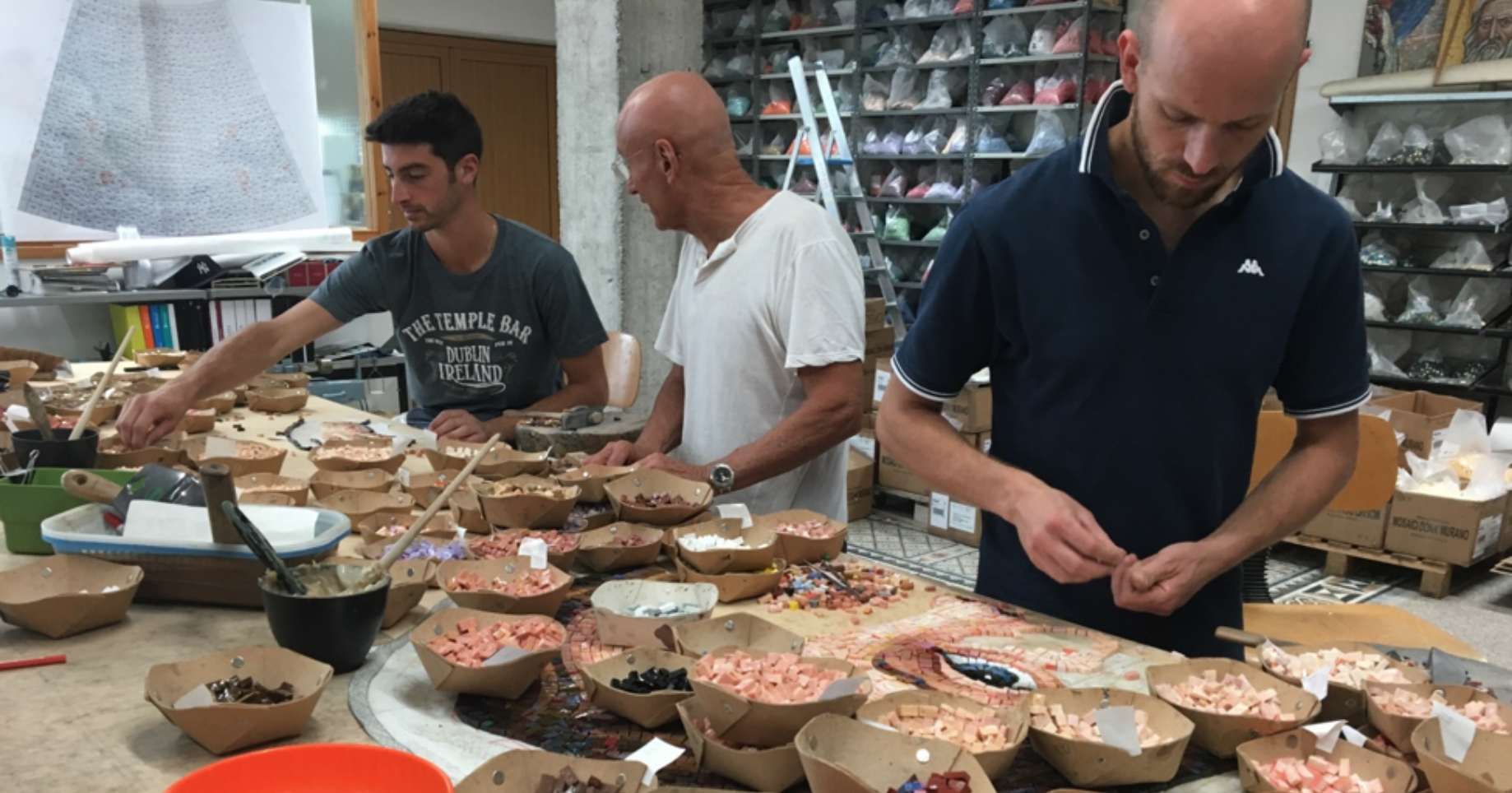 “Even if it is just a symbol, to create and work on a Christian subject is a way of praising God. It is part of my faith.” – Alessandro Del Fabbro, Mosaic Artist

As the Basilica of the National Shrine of the Immaculate Conception prepares to install one of the ten largest mosaics in the world, a mosaic company is hard at work in Italy. Based in Spilimbergo, a city northeast of Venice in northern Italy, the family-owned business will be bringing the Trinity Dome to life through a series of detailed, time-honored processes. Beginning with a small pencil sketch, a team of artists works to create a full-scale mosaic masterpiece consisting of over 14 million pieces of glass.

The Trinity Dome project is close to the heart of Italian artisans at the Travisanutto Giovanni mosaic company in more ways than one. In his youth, owner Giovanni Travisanutto assisted with the installation of the powerful Christ in Majesty mosaic in the north apse of the Basilica’s Great Upper Church. The company also crafted the mosaics for the Shrine’s Redemption Dome, which debuted back in 2006.

The project has deep spiritual meaning for the Italian artisans.

Mosaic artist Alessandro Del Fabbro volunteered his insight while piecing together the face of the Madonna:

“As a Catholic, there is added value to being able to portray this sacred face. Even if it is just a symbol, to create and work on a Christian subject is a way of praising God. It is part of my faith. Therefore, it is in some way a prayer to praise God. Everything we do is for eternity. It is to give a witness of our faith to future generations, to those who will come, our children and grandchildren.”

The Travisanutto Giovanni company creates the mosaic artwork with many of the same techniques used since the Middle Ages. When asked about the lack of modern equipment which would greatly simplify the process, owner Fabrizio Travisanutto explains, “I think it is very important to keep alive these sorts of jobs because the tradition is our history. It [our history] is inside these type of things.”

The history which Fabrizio refers to goes all the way back to around 85 BC, when the Greeks introduced the concept of the mosaic to Rome. Originally used to pave garden paths and decorate niches, it started to grow in popularity. By the 4th century, mosaics had become an art form, and were used to create images which displayed bold visuals and complex narratives. Due to the close ties between Italian culture and the Catholic Church, they quickly became a medium of choice for the Church. In fact, a mosaic school was established in Venice during the Middle Ages, and some of the world’s most prestigious artisans were taught there.

As time progressed, the art form waned in most other areas of the world but Italy retained the mosaic tradition. As you can see below, the ancient art of mosaic making is alive and well today, as artists combine faith, talent and heritage into a masterpiece. 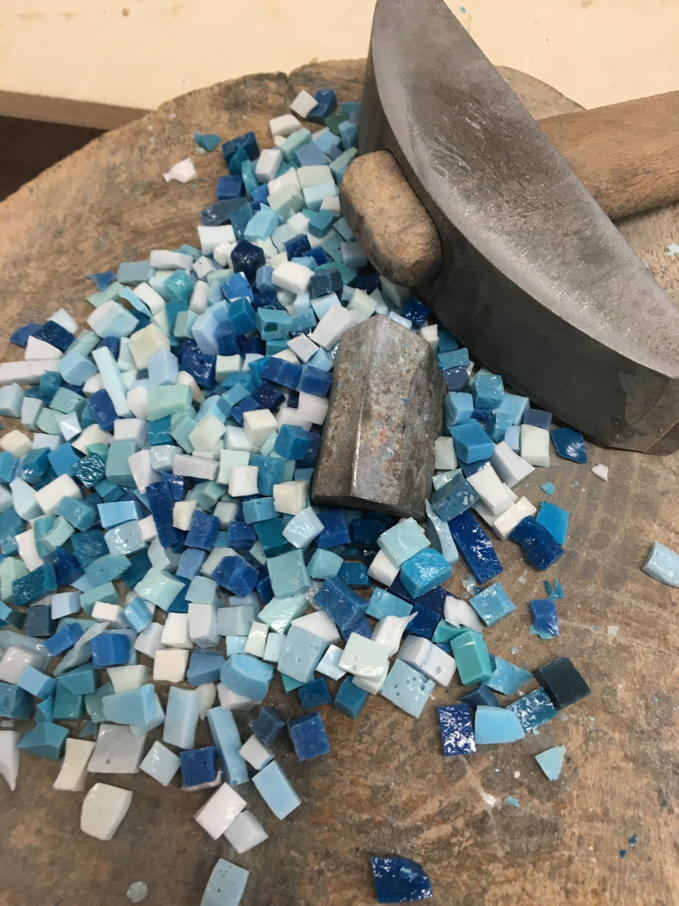 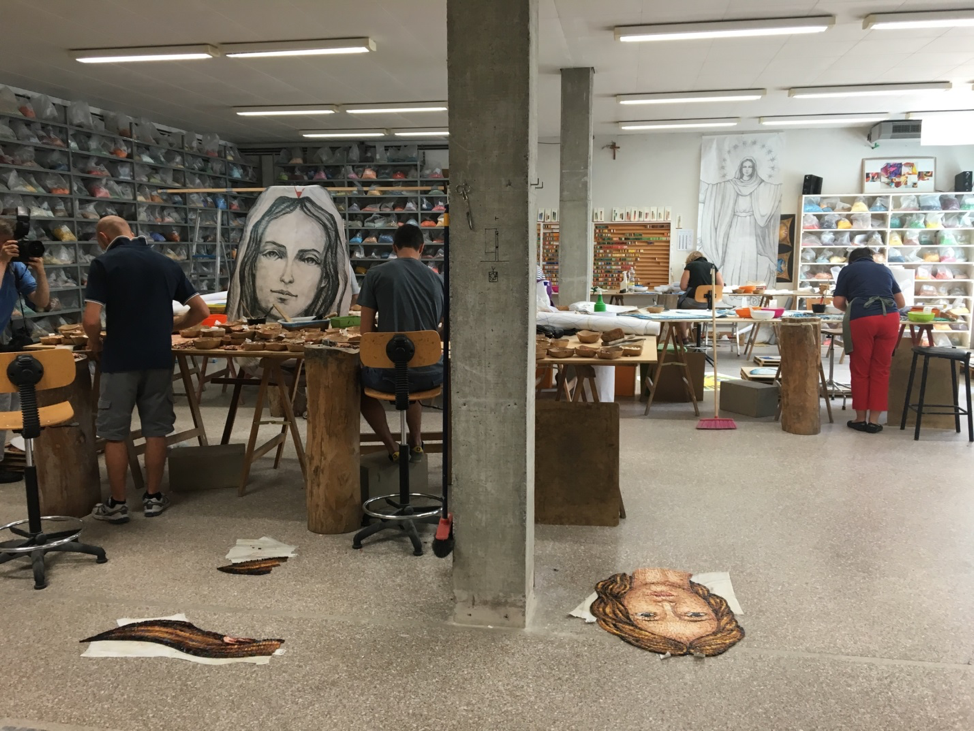 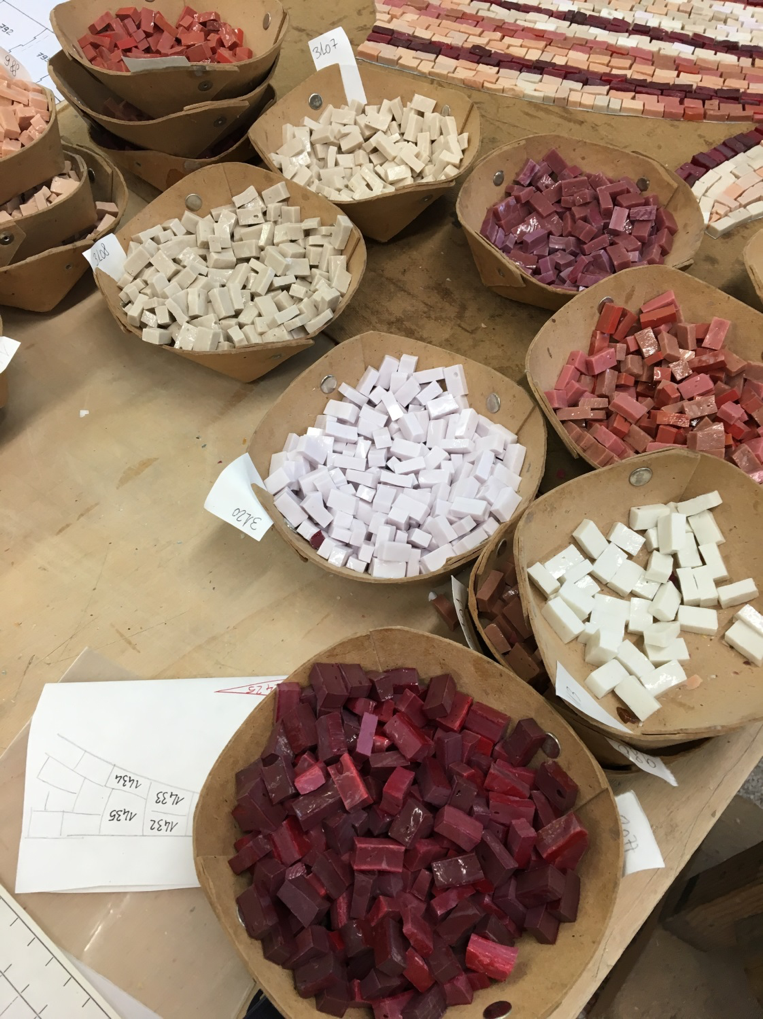 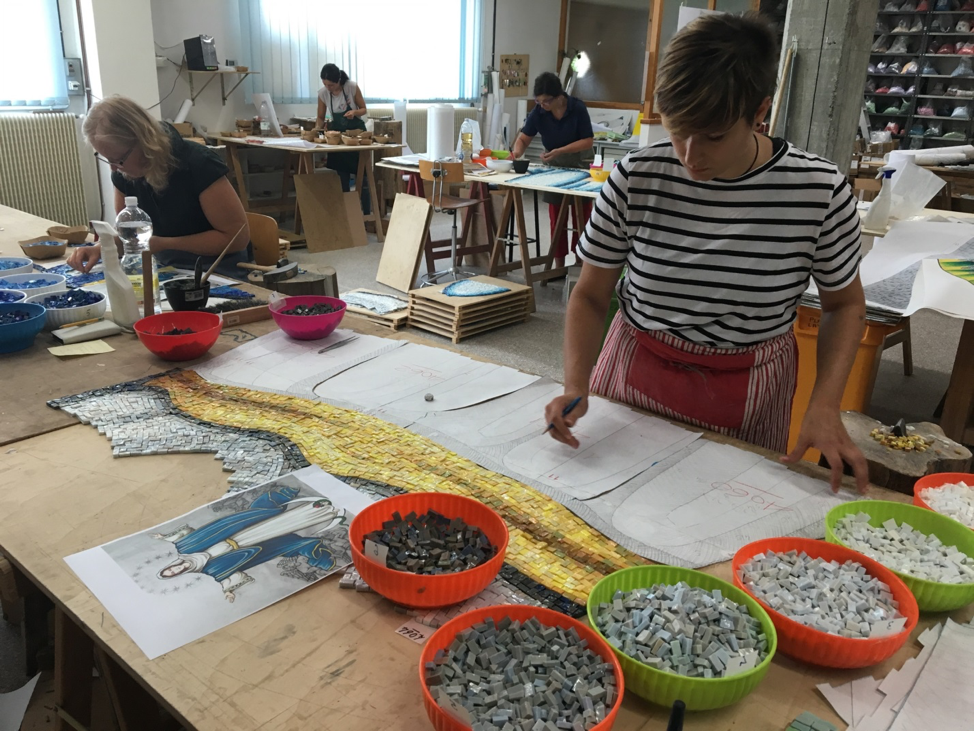