Behind the Mosaic: Handcrafted in Italy 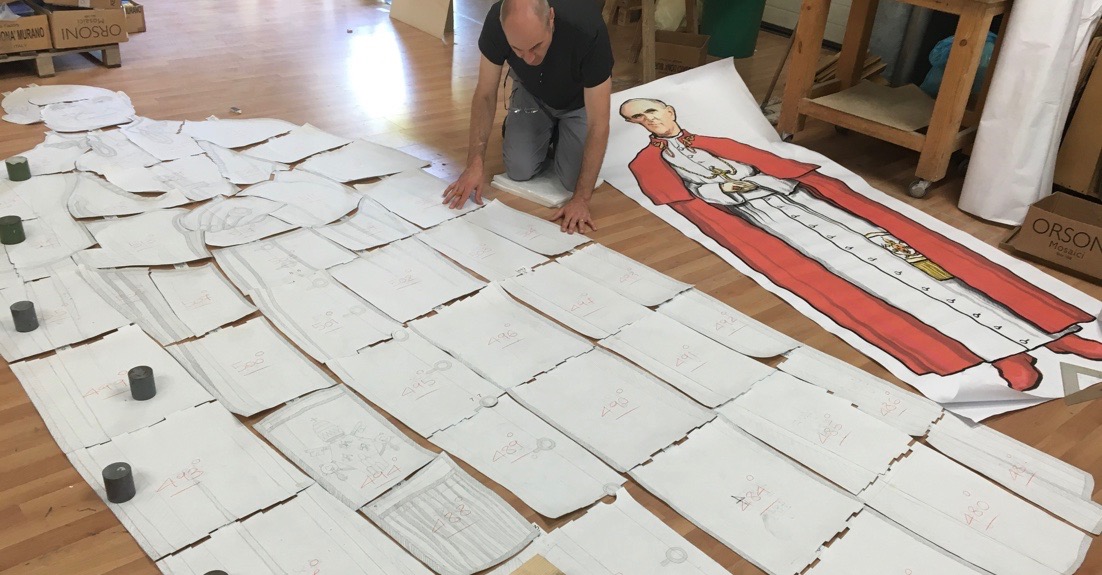 310 tons of intricate steel scaffolding is erected in the Great Upper Church of the Basilica of the National Shrine of the Immaculate Conception in Washington, D.C. This ensures that the nearly 20,000 square feet of the Trinity Dome is easily accessible for the upcoming installation of one of the largest mosaics in the world. Meanwhile, designers in Italy are hard at work on the mosaic, organizing every detail in preparation for laying the first tile.

The complex task of creating the Trinity Dome mosaic began as artists and designers, under the direction of the National Shrine’s Iconography Committee, sketched an initial concept. After much discussion and many renditions, the image was finalized, depicting the Holy Trinity, the Blessed Virgin Mary, a procession of thirteen saints who are associated with the United States and the National Shrine, and the four evangelists.

However, though the image was finalized, the sketching process is far from finished. In order to retain proper proportion and shading throughout the mosaic, the artisans will need to lay the Venetian glass directly on top of full-scale sketches of the Trinity Dome concept.

With this in mind, the design artists have begun to painstakingly enlarge the image by hand. First, they break down the full dome image into smaller sections, designating them to various artists. Each section is carefully re-sketched in bigger dimensions, keeping an exacting eye on each measurement. This process is repeated, and the sketch is divided into smaller parts as the images increase exponentially with each re-drawing.

The design artists take a new approach to retain the dimensions as the image gets larger. They accomplish this by projecting fractions of the Trinity Dome image onto a wall, scaling it to its full size and then tracing it by hand.

Once the design artists have achieved full-scale sketches, they prepare each sketch for the mosaic artists. This is done by dividing the sections into even smaller fragments about the size of printer paper. Each fragment is numbered to ensure that they can be easily pieced back together.

Thousands of Shades of Glass

In the meantime, as the sketches progress, the Travisanutto Giovanni company gathers the thousands of shades of glass needed for the project. Every piece of glass that enters the workshop is divided by color into individual bags, given a specific number, and carefully placed on the shelves which line the walls.

Once the mosaic studio receives these images, they do not immediately begin placing the Venetian glass. Instead, they dedicate a large portion of their time to carefully color coding each fragment, designating the placement of each tile.

Giovanni Travisanutto, one of the owners of the company, gives insight into the preparation for the laying of the glass:

“The organization of this job is very, very difficult… Behind [the mosaic] is a big organization of shadings or colors of gradiations of color that has to be organized before – months ahead. This is the most difficult part.”

As one of the most intricate parts of the mosaic process, the skillful organization and preparation will pay off in the end. Once completed, this stage makes way for the mosaic artists to start shaping and laying the tile over these intricate designs. 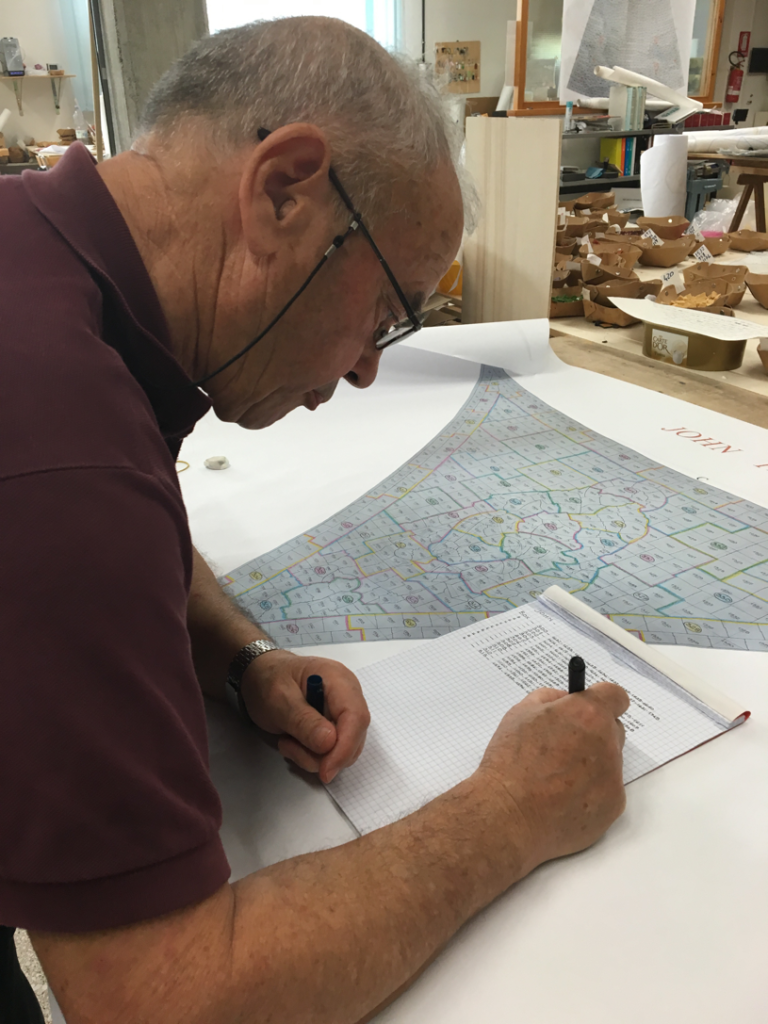 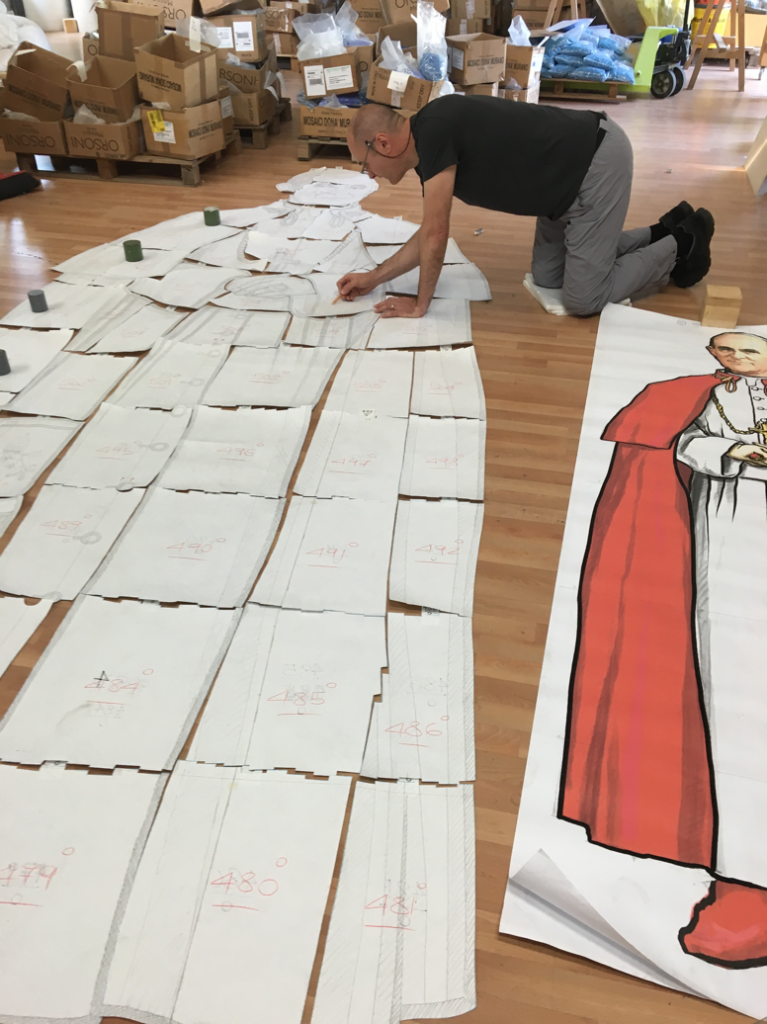 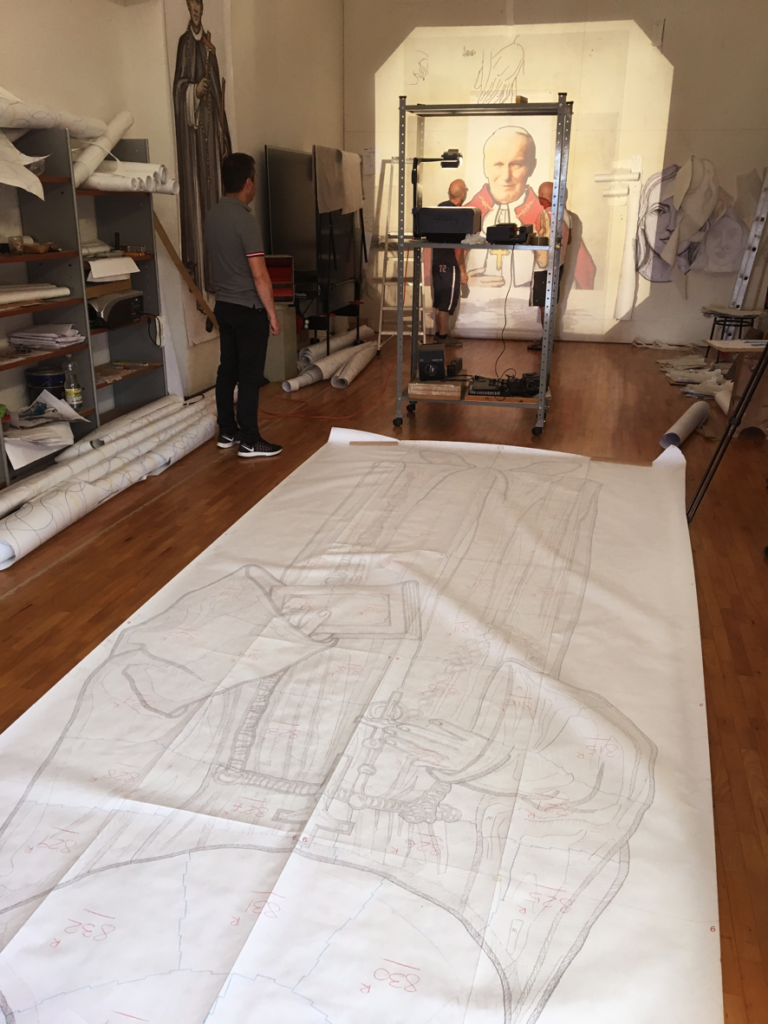 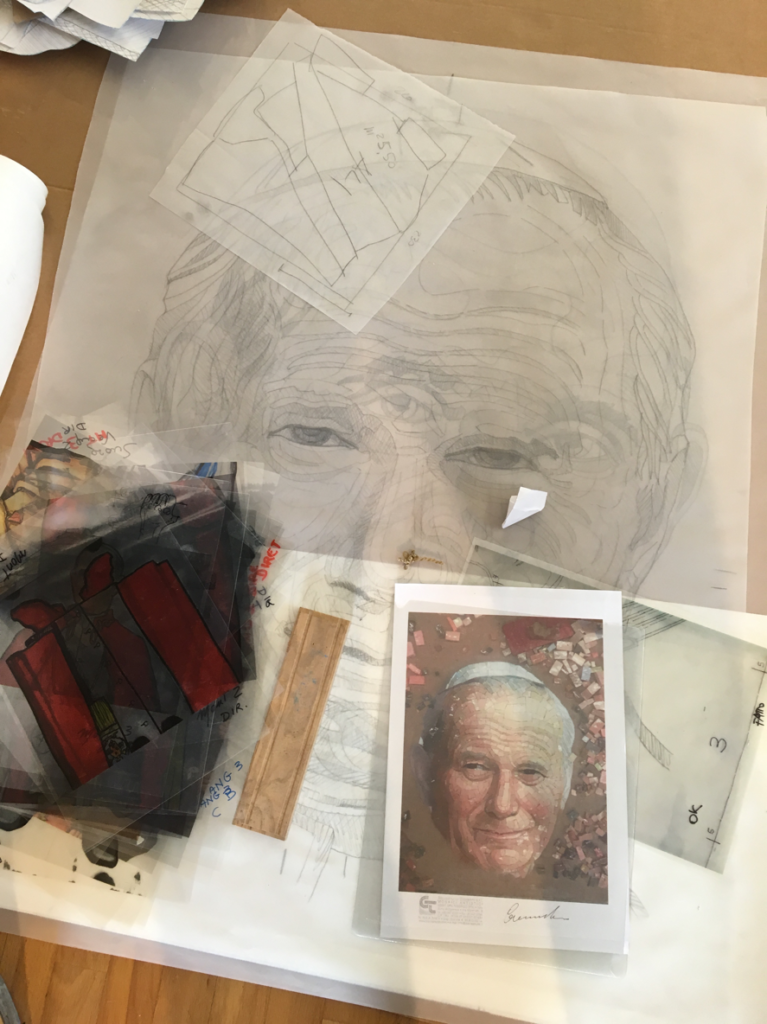 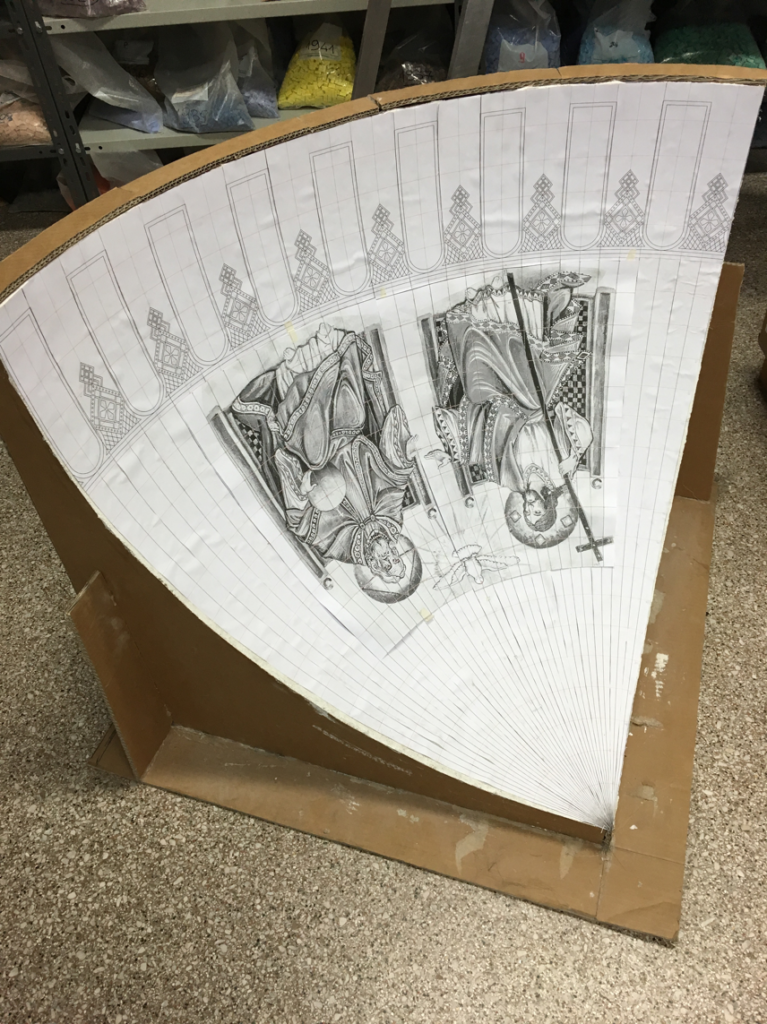 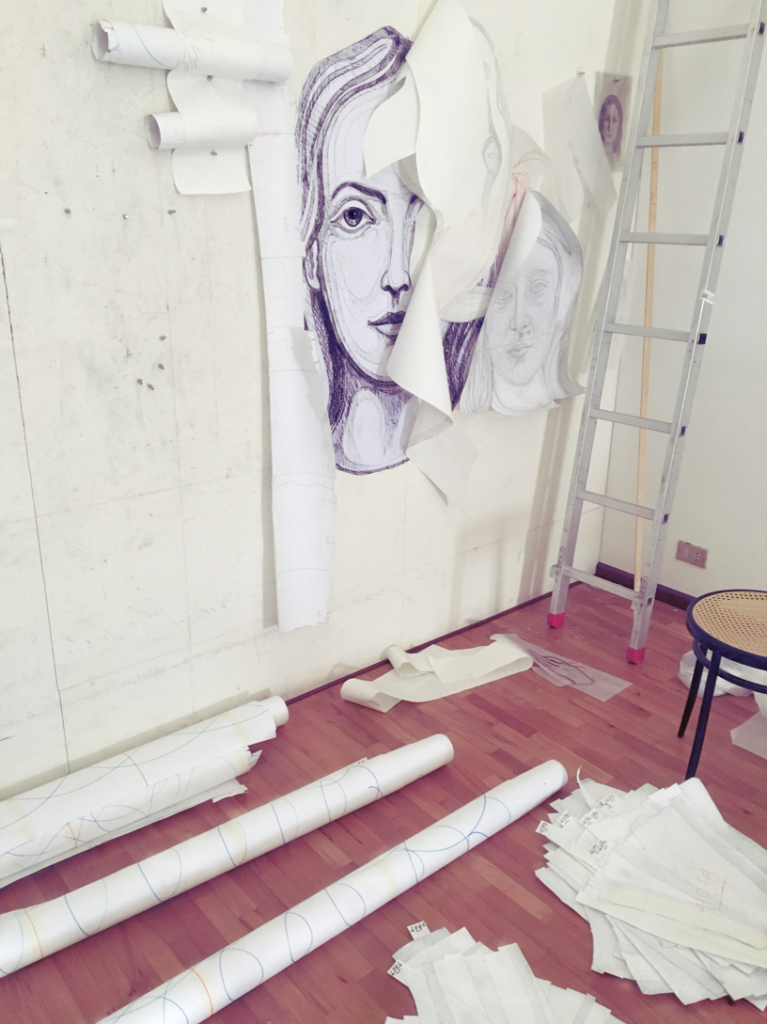 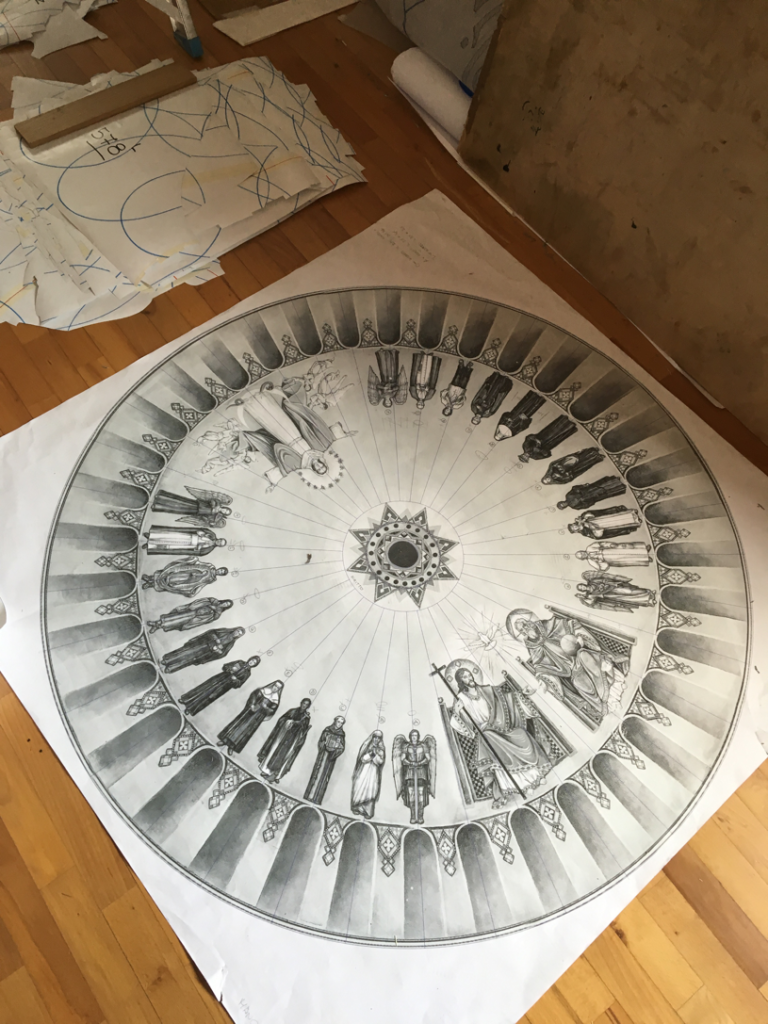