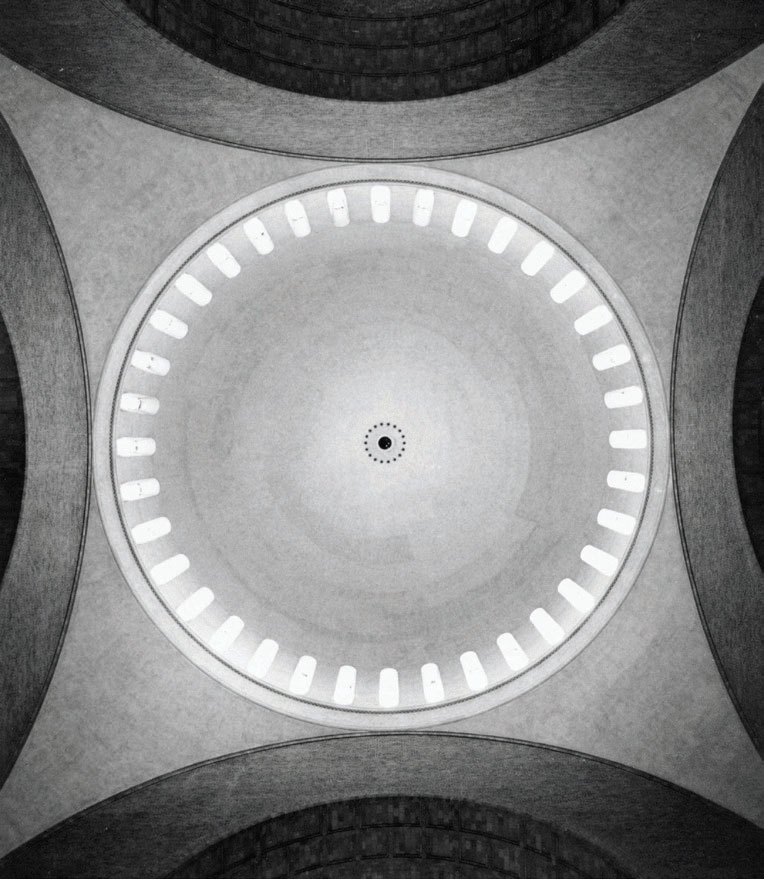 The general concept governing the iconographic scheme of the entire Shrine was outlined and established by the first Iconography Committee (1954-1958), chaired by Patrick Cardinal O’Boyle (1896-1987), Archbishop of Washington, John de Rosen (1891-1982) art consultant, and composed of scholars in ecclesiastical art, scripture, theology, and Mariology.

In 2006 and 2007, the north (Redemption) and south (Incarnation) nave domes were completed, respectively. Each dome contains 3,780 square feet of mosaic and rises to a height of 100 feet. The Great Trinity Dome, situated at the center of the cruciform Upper Church, is almost five times the size of one of these domes with 19,673 square feet, rising to a height of 129 feet.

The theme of the dome is that of the Holy Trinity and the Blessed Virgin Mary and will also include a mosaic of the Immaculate Conception as well as the four Evangelists.

The Trinity Dome, five times the size of either the Redemption or Incarnation Dome, will also be five times as expensive. We have begun fund raising endeavors and welcome any assistance friends of Mary’s Shrine might be able to provide.